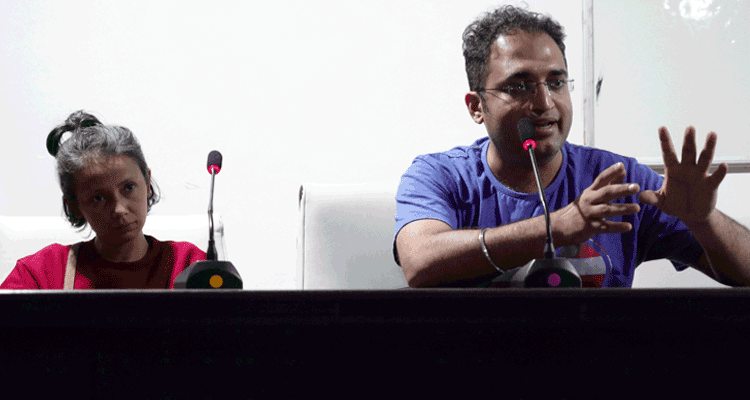 Kamaun University in the year 2016 started a few unconventional courses; filmmaking was one among them. The film faculty comprised Rajesh Shah, a Mumbai-based cinematographer who returned to his home in the hills to dedicate his time to teaching, and his wife, National Film Award-winning filmmaker Shalini Shah. Before the end of the year, the duo along with their first batch of 14 students decided to host a tiny student film festival. This happened (thanks to the full backing of the CEFM – the Hermitage, Kumaun University) in April of 2017. Schools that participated included FTII-Pune, SRFTI-Kolkata, Whistling Woods-Mumbai, LV Prasad Film & TV Academy-Chennai, MICA-Ahmedabad, and Amity University.

The second edition of the festival, this year, has now gone international and competitive. And includes a film appreciation camp.

The screenings, like in the previous edition, would be indoors, and would take place between April 06 and 09 from 10:00 am to 07:00 pm, with lots of time in between allotted to tea breaks, lunch, dignitary ceremonies, open forum sessions, film workshops, and informal masterclasses. The detailed schedule shall very soon be made available. On April 10, there would be a special screening of an award-winning feature film.